Million Dollar Quartet will Make you Miss the Tunes of the 50's!

I was very lucky to attend the AMAZING production of Million Dollar Quartet at the Citadel on Wednesday night. I thought it was going to be good, but it exceeded all expectations. It was exactly what I needed after all of the US election drama - pure entertainment and damn good music. And I'll tell ya - all of those actors could sing. So what's the premise of Million Dollar Quartet? According to the Director's Notes, the show has a simple premise: on December 4, 1956, before they were forever to become icons of American music, these "boys" - Johnny Cash, Jerry Lee Lewis, Carl Perkins and Elvis Presley - shared some time together, in Sam Phillips' soon to be iconic Sun Records studio.

Can you imagine? All of that talent in one studio! It is truly amazing to hear hit after hit and realize the depth of the talent these "boys" had, and how skilled Sam Phillips was to be able to detect and hone that talent. And let's not forget, there was also a kick-ass performance by a "girl" too. Vanessa Sears played Dyanne, Elvis' girlfriend at the time, and wowzers - that girl can wail! This show will make you yearn for the music of the past! I recognized and could sing along with almost every song. Some of the hits included: Blue Suede Shoes, Real Wild Child, Folsom Prison Blues, Fever, That's All Right, I Walk the Line, Great Balls of Fire, and See You Later Alligator. In total, 23 songs were covered - all hip-shaking soul-stirring epic tunes! The music was good in the 50's, and I swear it sounds even better today.

The performers were all strong. Each managed to capture the essence of their character. Christopher Fordinal plays Elvis and has killer moves, Greg Gale plays Johnny Cash and has that deep voice and similar mannerisms, Kale Penny plays Carl Perkins and sounded amazing both vocally and on guitar, and well, my fave performer of the night was Christo Graham as Jerry Lee Lewis. His mastery of the piano was top-notch, as was his acting (he got to play the cocky new kid in town and provided lots of humour to the show). And as previously stated, Vanessa Sears as Dyanne was a force to be reckoned with and had major charisma and a voice that easily rivaled "the boys." I dare you not to melt when you hear her rendition of "Fever."

I'd be remiss if I didn't also mention the awesome performance put on by Ryan Parker who played Sam Phillips. He was extremely charismatic with his booming voice and engaging smile. He was a lovable character who truly appreciated good music and fostering the talents of his "boys." Heck, even the back-up musicians were wonderful, with Nelson Collins-Lee playing the drummer and Paul Cournoyer playing the bass (he has an entertaining scene at the end where he plays his base while laying down on it!).

The set was made to look just like the Sun Records Studio, and I enjoyed the little details such as the "recording" light coming on whenever they played a new track. It truly looked like a 50's studio and that added to the authenticity of the show. The dress was on point as well, although I must admit - I think I prefer the music of the 50's to the fashion :)

Huge shout out to Ted Dykstra as well, for directing such an excellent production. I only became familiar with his work with last year's Evangeline, and with this follow-up, I am pretty sure everything he touches turns to musical gold.

Edmontonians - if you love the tunes of the 50's, hurry hard and score tickets. They are holding over the show and tickets have been released for Nov 17, 18 and 19!

How can you miss out on this goodness? 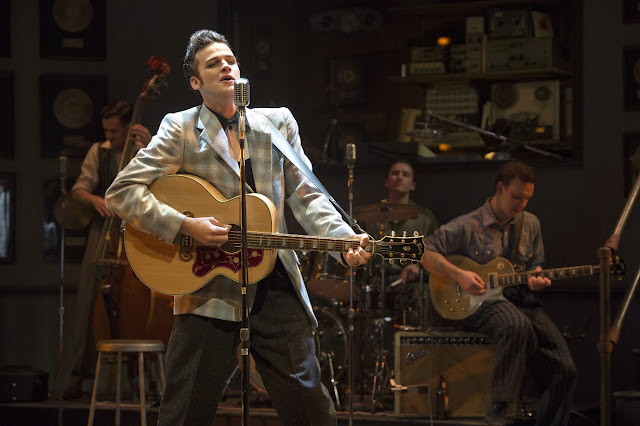 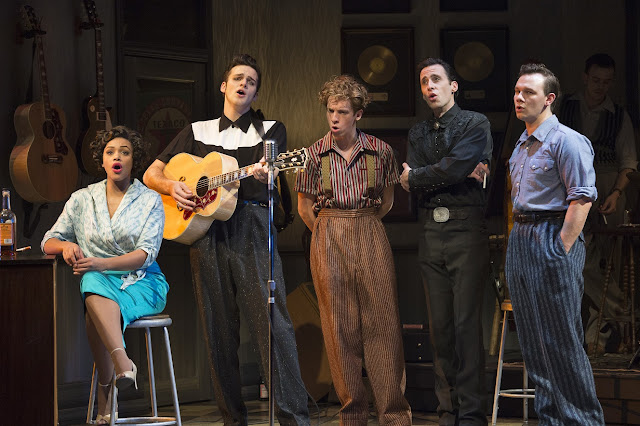 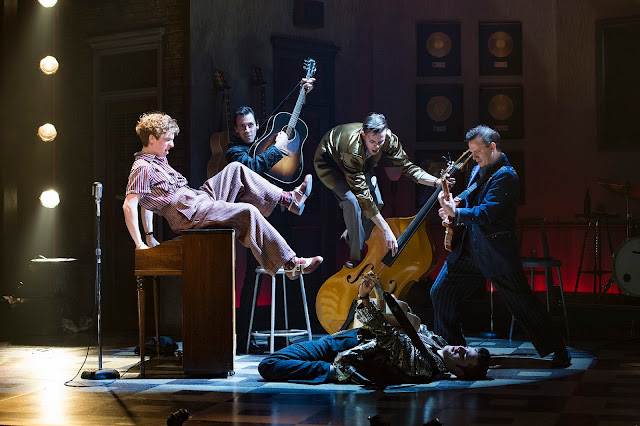